A parliamentary commission in Turkey is considering an application by the citizens to turn the Hagia Sophia in Istanbul into a mosque. It may affect the Istanbul's mega-tourist attraction, as well as other Turkish historical sites. As we know, the Church of Hagia Sophia in the small town of Trabzon  has served for the past 50 years as a museum for 13-century art and artefacts under the direction of Turkey’s Ministry of Culture and Tourism. 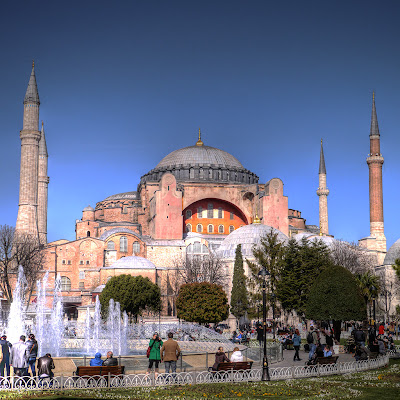 The claim in the court is that at the moment Hagia Sophia is an "illegal occupation", and that the building was "originally covenanted" as a mosque. The request to change the status of Hagia Sophia is supported by application given to 401 people, in which more than 97 percent of interviewees requested the transformation of the ancient building into a mosque and afterwards for it to be reopened for Muslim worship. The application has been taken under consideration by the Parliament’s Petition Commission.

This is not the first time that a museum comes back to be a place of prayer. In 2010, Christians secured the right to hold religious services for pilgrims in St. Paul's Church in Tarsus, nearly 70 years after the church was re-purposed as a museum.This case can be used for those who support the change in order to proceed with their proposal. 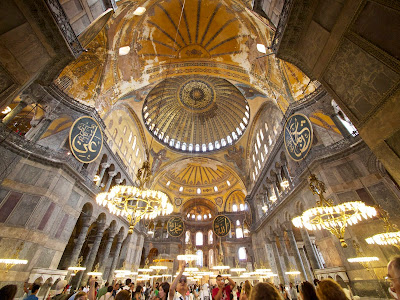 There is no word yet whether the plan to convert the museum into a mosque will involve preserving or masking the Christian art that adorns the walls. From the date of its dedication in 360 until 1453, Hagia Sophia Museum served as an Eastern Orthodox cathedral and seat of the Patriarchate of Constantinople, except between 1204 and 1261, when it was converted to a Roman Catholic cathedral under the Latin Empire. Following the city’s conquest by the Ottoman Empire, the building turned into a mosque in 1453 and remained so until 1931, when it was closed to the public. For four years later, it was reopened by the republican authorities in 1935 as a museum. 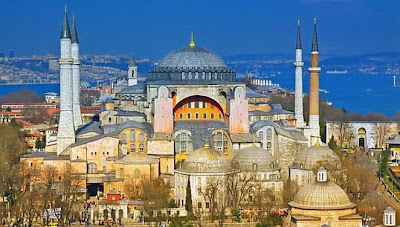 The whole situation could be bad news for Istanbul's famous Hagia Sophia. The Greek-Orthodox Patriarchate supports the continued use of the historical Hagia Sophia in Trabzon as a museum. The argument is that there is not an urgent need of a mosque, also because there is no a proper community of faithful there. They suggest that the best way is to keep the church as a museum.

However, if Hagia Sophia opens up as a place for prayers, it also may be possible for Christians to hold ceremonies there. DailyNews comments on it in an interview with Dositheos Anagnostopulos, the Patriarchate’s press officer. He told them when he was asked  if the Patriarchate would demand to hold ceremonies in Hagia Sophia as well. To it, Anagnostopulos said that if the ministry permitted it and the Orthodox community desired it, this would be their duty, not only a desire.

Hagia Sophia is also known throughout the world as   Ἁγία Σοφία, Holy Wisdom, Sancta Sophia or Sancta Sapientia. It used to be the Orthodox patriarchal basilica, later a mosque, and now a museum in Istanbul, Turkey.

The Church was dedicated to the Logos, the second person of the Holy Trinity. Its dedication feast taking place on December 25, the anniversary of the Incarnation of the Logos in Christ, the Nativity. Although it is sometimes referred to as Sancta Sophia (as though it were named after Saint Sophia), sophia is the phonetic spelling in Latin of the Greek word for wisdom - the full name in Greek being Ναός τῆς Ἁγίας τοῦ Θεοῦ Σοφίας, "Church of the Holy Wisdom of God".

The basilica is famous in particular for its massive dome and it is considered the epitome of Byzantine architecture. It is said to have "changed the history of architecture." It was the largest cathedral in the world for nearly a thousand years, until Seville Cathedral was completed in 1520. The current building was originally constructed as a church between 532 and 537 on the orders of the Byzantine Emperor Justinian and was the third Church of the Holy Wisdom to occupy the site. It was designed by Isidore of Miletus, a physicist, and Anthemius of Tralles, a mathematician.

CHORA MUSEUM ISTANBUL from istanbulcityguide.com on Vimeo.
Posted by Unknown