St Athanasius: On the Incarnation (Chapters 2 and 3)

De Incarnatione Verbi Dei - Athanasius stood contra mundum ("against the world") in defense of the biblical doctrine of Christ. He opposed Arius when it seemed all the world would follow Arius's heresy. 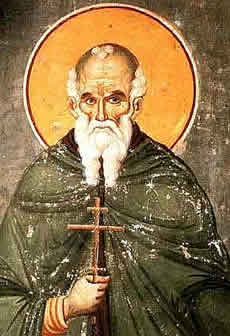 Chapter II:  The Divine Dilemma and Its Solution in the Incarnation

Chapter III: The Divine Dilemma and Its Solution in the Incarnation—continued

When God the Almighty was making mankind through His own Word, He perceived that they, owing to the limitation of their nature, could not of themselves have any knowledge of their Artificer, the Incorporeal and Uncreated. He took pity on them, therefore, and did not leave them destitute of the knowledge of Himself, lest their very existence should prove purposeless. For of what use is existence to the creature if it cannot know its Maker? How could men be reasonable beings if they had no knowledge of the Word and Reason of the Father, through Whom they had received their being? They would be no better than the beasts, had they no knowledge save of earthly things; and why should God have made them at all, if He had not intended them to know Him? But, in fact, the good God has given them a share in His own Image, that is, in our Lord Jesus Christ, and has made even themselves after the same Image and Likeness. Why? Simply in order that through this gift of Godlikeness in themselves they may be able to perceive the Image Absolute, that is the Word Himself, and through Him to apprehend the Father; which knowledge of their Maker is for men the only really happy and blessed life.
But, as we have already seen, men, foolish as they are, thought little of the grace they had received, and turned away from God. They defiled their own soul so completely that they not only lost their apprehension of God, but invented for themselves other gods of various kinds. They fashioned idols for themselves in place of the truth and reverenced things that are not, rather than God Who is, as St. Paul says, "worshipping the creature rather than the Creator."[1] Moreover, and much worse, they transferred the honour which is due to God to material objects such as wood and stone, and also to man; and further even than that they went, as we said in our former book. Indeed, so impious were they that they worshipped evil spirits as gods in satisfaction of their lusts. They sacrificed brute beasts and immolated men, as the just due of these deities, thereby bringing themselves more and more under their insane control. Magic arts also were taught among them, oracles in sundry places led men astray, and the cause of everything in human life was traced to the stars as though nothing existed but that which could be seen. In a word, impiety and lawlessness were everywhere, and neither God nor His Word was known. Yet He had not hidden Himself from the sight of men nor given the knowledge of Himself in one way only; but rather He had unfolded it in many forms and by many ways.

(12) God knew the limitation of mankind, you see; and though the grace of being made in His Image was sufficient to give them knowledge of the Word and through Him of the Father, as a safeguard against their neglect of this grace, He provided the works of creation also as means by which the Maker might be known. Nor was this all. Man's neglect of the indwelling grace tends ever to increase; and against this further frailty also God made provision by giving them a law, and by sending prophets, men whom they knew. Thus, if they were tardy in looking up to heaven, they might still gain knowledge of their Maker from those close at hand; for men can learn directly about higher things from other men. Three ways thus lay open to them, by which they might obtain the knowledge of God. They could look up into the immensity of heaven, and by pondering the harmony of creation come to know its Ruler, the Word of the Father, Whose all-ruling providence makes known the Father to all. Or, if this was beyond them, they could converse with holy men, and through them learn to know God, the Artificer of all things, the Father of Christ, and to recognize the worship of idols as the negation of the truth and full of all impiety. Or else, in the third place, they could cease from lukewarmness and lead a good life merely by knowing the law. For the law was not given only for the Jews, nor was it solely for their sake that God sent the prophets, though it was to the Jews that they were sent and by the Jews that they were persecuted. The law and the prophets were a sacred school of the knowledge of God and the conduct of the spiritual life for the whole world.
So great, indeed, were the goodness and the love of God. Yet men, bowed down by the pleasures of the moment and by the frauds and illusions of the evil spirits, did not lift up their heads towards the truth. So burdened were they with their wickednesses that they seemed rather to be brute beasts than reasonable men, reflecting the very Likeness of the Word.

(13) What was God to do in face of this dehumanising of mankind, this universal hiding of the knowledge of Himself by the wiles of evil spirits? Was He to keep silence before so great a wrong and let men go on being thus deceived and kept in ignorance of Himself? If so, what was the use of having made them in His own Image originally? It would surely have been better for them always to have been brutes, rather than to revert to that condition when once they had shared the nature of the Word. Again, things being as they were, what was the use of their ever having had the knowledge of God? Surely it would have been better for God never to have bestowed it, than that men should subsequently be found unworthy to receive it. Similarly, what possible profit could it be to God Himself, Who made men, if when made they did not worship Him, but regarded others as their makers? This would be tantamount to His having made them for others and not for Himself. Even an earthly king, though he is only a man, does not allow lands that he has colonized to pass into other hands or to desert to other rulers, but sends letters and friends and even visits them himself to recall them to their allegiance, rather than allow His work to be undone. How much more, then, will God be patient and painstaking with His creatures, that they be not led astray from Him to the service of those that are not, and that all the more because such error means for them sheer ruin, and because it is not right that those who had once shared His Image should be destroyed.
What, then, was God to do? What else could He possibly do, being God, but renew His Image in mankind, so that through it men might once more come to know Him? And how could this be done save by the coming of the very Image Himself, our Saviour Jesus Christ? Men could not have done it, for they are only made after the Image; nor could angels have done it, for they are not the images of God. The Word of God came in His own Person, because it was He alone, the Image of the Father Who could recreate man made after the Image.